Bridging Research to Practice to Safeguard Our Schools

Only available as part of a package

Restorative justice (RJ) practices—which seek to build community and hold school community members who cause harm accountable—ostensibly represent an antidote to exclusionary disciplinary approaches and punitive school environments. In partnership with the New York City Department of Education, this evaluation examines the process and outcomes of RJ implementation in Brooklyn high schools with the highest suspension rates in New York City. The study employs a randomized controlled trial design, where 10 high schools were randomly assigned to either the control group (business as usual) or the treatment group (RJ). Because schools in the control group were also poised to receive standard RJ training from the NYC DOE, we also incorporated a matched comparison group of schools from nearby neighborhoods without any exposure to RJ. The study has involved process evaluation and an ongoing outcome evaluation. Results from the process evaluation indicate varied approaches to school-wide implementation of RJ and the key roles that leadership, beliefs, and resources play in facilitating or challenging implementation. Using multi-level modeling, the outcome study will examine the impact of RJ on student incidents, suspensions, and attendance. Outcome results will be final by May 2021.

Restorative practices (RP) are a strategy to reduce suspension rates by proactively improving relationships among students and staff and by building a sense of community in classrooms and schools. We examine the implementation of RP in Pittsburgh Public Schools and estimate its impact on student outcomes such as suspensions, transfers to alternative placements, attendance, arrests, and test scores; on staff such as attendance, classroom control and value added; and school climate.

A subset of Pittsburgh schools implemented SaferSanerSchools™ Whole-School Change program for two school years (2015-16 and 2016-17), in conjunction with the International Institute for Restorative Practices (IIRP). IIRP provided four days of professional development. Each principal was assigned an IIRP coach. All school staff were asked to participate in monthly professional learning groups (PLGs).

RP was successful at reducing exclusionary disciplinary practices without harming classroom or school climate, particularly at the elementary level. RP as implemented was not successful in middle school grades. Training provided to school staff by IIRP was valued and effective, although care should be taken by district staff to set expectations and establish priorities. Attention should be paid to data systems that will allow staff to monitor changes in disciplinary incidents and sanctions.

The Impact of the Safe Public Spaces in Schools Program on School Safety, Student Behavior, and Discipline Events, Kimberly Kendizora and Juliette Berg

The Safe Public Spaces in Schools Program (SPS) is a schoolwide, multi-component approach to enhance safety in out-of-classroom spaces in schools. It was studied in a randomized trial with 24 urban middle schools. The implementation evaluation used independent observation and interviews to find that SPS was well-implemented, but that comparison schools also had high levels of safety activities similar to key components of the SPS program. The impact evaluation used a comparative interrupted time series (CITS) approach and found differences in baseline trends. Control schools were getting slightly better while SPS schools were getting slightly worse in terms of behavioral incidents and suspensions. During the two-year implementation, SPS schools maintained their trajectory, but the control schools also showed increasing numbers of incidents and suspensions in those years. The CITS estimates for suspensions overall, suspensions for serious incidents, and suspensions for serious incidents in public spaces were statistically significant. The data show a modest harm reduction effect: there was no change in trend for SPS schools but engaging in SPS may have kept treatment schools from experiencing worse outcomes than they otherwise might have. There were no effects of SPS on student-reported safety, student-teacher trust, classroom behavior, or bullying.

Designed to keep youth out of the justice system and in school, the Philadelphia Police School Diversion Program offers voluntary community-based services to eligible youth accused of minor school-based offenses in lieu of arrest. With funding from NIJ and OJJDP, this study examined Police School Diversion Program outcomes, revealing an 84% decrease in the annual number of school-based arrests across Philadelphia in the program’s first five year, a 34% decrease in the annual number of serious behavioral incidents in schools, and a significantly lower recidivism rate two-years after the referring incident for diverted youth relative to youth arrested for similar offenses in the year prior to Diversion Program implementation. Additionally, diverted youth were less likely than a matched group of arrested youth to experience exclusionary school discipline in the year following the school-based incident that led to police referral. This presentation will review these promising findings and discussion the ways in which this pre-arrest diversion program prevents youth from entering the justice system and helps them stay on normal developmental paths as adolescents and as students.

Lama Hassoun Ayoub, MSPH is a Senior Fellow at the Center for Court Innovation and has led a diverse portfolio of research and evaluation for the last ten years. She is Principal Investigator of several DOJ-funded studies, including a randomized controlled trial evaluating restorative justice in Brooklyn schools, an NIJ tribal-research capacity building project, and a BJA-funded study developing and validating a novel tribal risk-need-resilience assessment tool. She is also principal investigator of an evaluation of trauma-informed programs in Manhattan schools, funded by the District Attorney of New York. She recently completed work on several other NIJ-funded research projects, including an evaluation of neighborhood-oriented probation, a comprehensive study of school safety, discipline, and climate in all New York City schools, multi-site evaluation of Defending Childhood Demonstration Program, a multi-site evaluation of Second Chance Act reentry courts, and a randomized controlled trial evaluating violence prevention programs in schools. Ms. Hassoun Ayoub also serves as the co-Chair of the Center’s IRB. She received her Master’s of Science in Public Health from Harvard University and is currently a doctoral candidate in developmental psychology at Wayne State University.

John Engberg (he/his) is a senior economist at the RAND Corporation. Engberg's ongoing projects include a research study of the Wallace Foundation's Partnerships for Social and Emotional Learning Initiative and a randomized trial of public defenders at bail hearings. 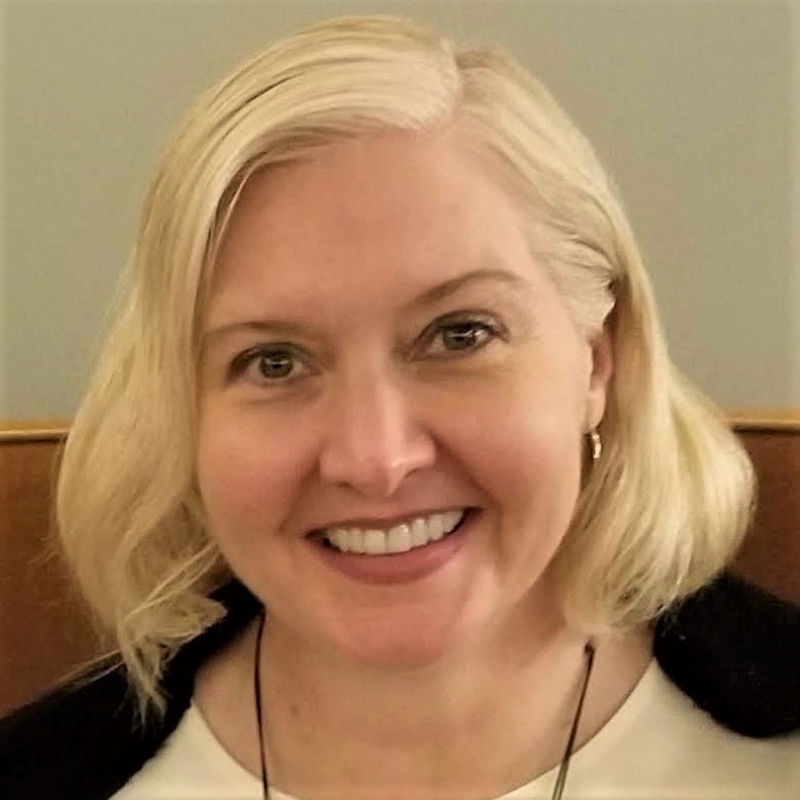 Kimberly Kendziora, Ph.D., is a Managing Researcher at AIR whose work focuses on research and evaluation of school- and community-based student support initiatives. She has particular expertise in research on programs related to students' social and emotional learning, behavior, mental health, and health. She has also conducted evaluations of community-based programs, including Mental Health First Aid, Say Yes to Education, the Anchorage Youth Development Coalition, and family advocacy organizations. She has studied collaboration among school professionals and technology transfer in mental health, prevention, and addiction fields. Dr. Kendziora has also been involved in the measurement of the conditions for learning (school climate) in schools. She directed the development of AIR's Conditions for Learning survey and has consulted with New York City and the District of Columbia on their school stakeholder surveys. She has studied and published on how conditions for learning relate to other variables used for school and district performance management. Taken together, her work has helped to advance understanding of how schools and communities can productively work together to support all children's academic, social, and emotional development. 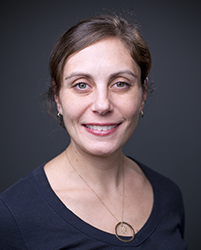 Juliette Berg, Ph.D. is a Senior Researcher at AIR. She focuses on how research, practice, and policy can help create the conditions and opportunities for children and youth to develop strong social, emotional, behavioral, and academic skills. Berg has extensive experience conducting applied child development research to inform practice and policy. She has been involved as project director or analyst in several large-scale randomized control trials of programs to improve the learning environments and social, emotional, behavioral, and academic outcomes of children and youth, including Montessori, City Year, Safe Public Spaces Program, the 4Rs program, Opportunity NYC, and the PATHS program. She also provides conceptual and technical guidance on the development of measures of social and emotional skills and learning environments. She has methodological expertise in research design, measure development, program evaluation, implementation science, and advanced quantitative methods. Berg holds a Ph.D. in Applied Developmental Psychology from New York University. She completed her post-doctoral work at University of Virginia. 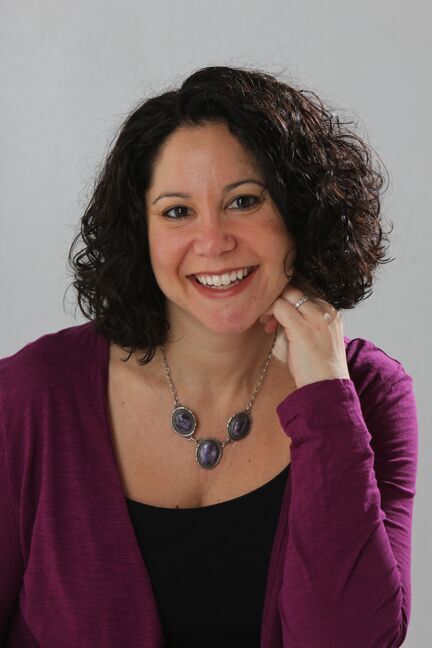 Naomi E. Goldstein, Ph.D., is Professor of Psychology, Co-Director of the JD/PhD Program in Law and Psychology, and Director of the Juvenile Justice Research and Reform (JJR&R) Lab at Drexel University. Dr. Goldstein collaborates with community stakeholders to use social science research to improve juvenile justice policy and practice. Partnering with juvenile justice agencies, she conducts translational research to guide large-scale system change, leads implementation projects to promote high-quality dissemination of juvenile justice reforms, and evaluates the effects of new programs and policy changes on youth and communities. For more than 20 years, her interdisciplinary work has focused on the role of adolescent development in legal decision making and legal outcomes. She currently focuses on cross-systems efforts to dismantle the school-to-prison pipeline, reform juvenile probation systems, establish positive police practices, and reduce racial and ethnic disparities within the justice system.

To view the recordings from the conference, please log into this site with the following credentials:
Email Address: NIJschoolsafety@ojp.usdoj.gov
Password CSSI2021

NIJ is pleased to offer you a Certificate of Conference Attendance.  Note that this certificate indicates that you participated in the conference, but does not provide any continuing education credits.